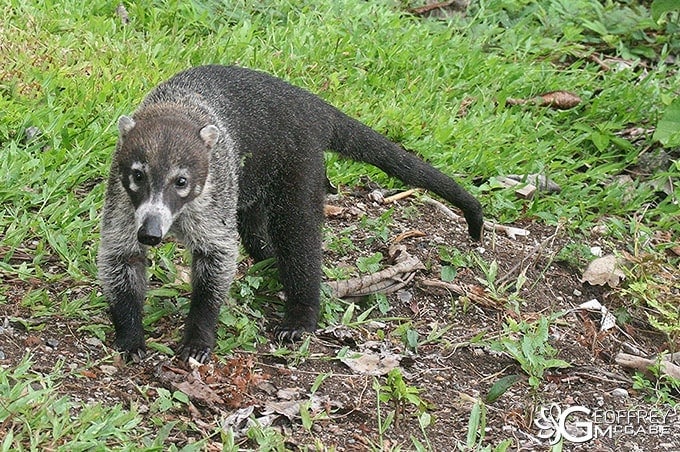 The Coati (Pizote in Spanish) is a member of the racoon family and can be easily distinguished with its long mobile snout and faintly ringed tail which is nearly as long as the rest of its body and often carried upright. Its body is colored pale to dark brown or reddish or yellowish and the tail banded yellow and brown, with white snout tip and shoulders. Its eyes are circled with a reddish or brownish mask, similar in pattern to the raccoon. Interesting, the coloration of an individual changes from molt to molt, regardless of sex or age.

The coati is the most diurnal and social member of the raccoon family. It is also impressively flexible and opportunistic in its behaviour, and brilliantly adaptive in its geographic range and profile of viable habitats. Comfortable and agile e in the tree tops as well as on the ground, the coati uses its big, strong claws to explore different levels of forest. Impressively acrobatic, it can climb down trees headfirst, pass from one tree to another on short branches high off the ground, and hold your breath – even walk upside down hanging from lianas. Its tail is not prehensile but helps balance during their frequent climbing sessions. Coatis sleep in trees at night, unless they are hunted in their area by humans, in which case they become more nocturnal.

Coatis can virtually survive in any area and are widespread, occupying habitats ranging from hot and arid regions to humid Amazonian rainforests or even chilly Andean mountain slopes, including grasslands and bushy areas. Their geographical range includes the Southwestern US through northern Argentina. About 10 coatis are thought to have formed a breeding population in Cumbria, UK.

Unlike their cousins, the raccoon, white-nosed coatis are diurnal, meaning they are active during the day, like humans. The coati’s long snout helps the coati snuffle around on the forest floor looking for their meal. Coatis are categorized as carnivorous by most scientists, though they eat vegetation and carrion as well, which would make them more omnivores and scavengers. Although coatis are diurnal animals that spend most of their time on the ground, they prefer to sleep on the the trees. The trees safeguard them against predators.

The adult Coati ranges in size from 13 to 27 inches from their head to the end of their tail which can be almost as long as their bodies. They are about 12 inches tall and can weigh anywhere between 4.4 to 18 lbs. The males are normally bigger than the females and can sport large canine teeth. Coatis either possess a light brown or black coat, with a lighter under-part and tail that is long and brown with white rings that go all the way to the tail. They have claws similar to a bear or raccoon that are non-retractable and they walk on the soles of their feet similar to humans. They are double jointed which allows their ankles to turn beyond 180° which allows them to descend trees head first. The snout is also extremely agile and can be rotated in any direction up to 60°. In captivity, the Coati can live up to 15 years, but in the wild they usually live for about 7 or 8 years.

The Coati’s social structure undergoes alteration throughout the year. Several family units of females and their offspring collect in bands of 4-30 coatis. The Coatis regular breeding season starts when the rainy season begins so there is plenty of food. It normally starts when the male is accepted into the pack of females and polygynous mating begins. The male breeds with multiple females and when the female becomes pregnant, she will separate herself from the rest of the pack until about 11 weeks later, she gives birth to a litter of 3-7 kits. About 6 weeks after birth, the mother and kits rejoin the pack. Males under the age of two years are also at times included the band.

Adult males remain single except during the breeding season, when a solitary male will join a band of females and settle for a subordinate position for the entire breeding season. They mate in trees or on the ground. The newborns stay there for about 5 weeks, while the mother rares them and forages alone. Once they are able to keep pace with the adults, they come down from the nest and the band regroups. Band members may help in grooming each other, but they are fiercely competitive when it comes to food. Adult coatis have few predators (other than humans), but young ones are targets for boas, raptors, cats, and tayras. Young coatis are boisterous and love to move around and play, running after one another up and down trees.

As is prevalent among social animals, the coati is very vocal, always making snorting, screaming and whining sounds. The coati diet is intensely omnivorous and opportunistic, comprised of whatever fruits and prey are easily accessible in their living range, and matches with the season. At times, they wilily sniff out invertebrates under the forest litter like insects, spiders, millipedes, or snails, or catch lizards, mice, or other vertebrates of similar size. They also eat fruit when it is abundantly available during season. They can also use their firm front claws to destroy rotten logs and stumps looking for food, and chase lizards and tarantulas from burrows that are known to be up to 1 m deep.

They are fruit lovers, but also will feast on beetles and their larvae, crickets, caterpillars, millipedes, spiders, crabs and are also known to be the main predators of the eggs and hatchlings of olive ridley sea turtles at Nancite beach in Santa Rosa National Park.

Where To Spot Them

Coatis can be commonly spotted throughout Costa Rica and can live in a variety of habitats. However, they are most at ease in densely forested areas where food can easily be procured. Coatis are regularly sighted in the tropical rainforest of Manuel Antonio National Park, along the mangrove estuaries of Cahuita National Park as well as the region near Arenal Volcano. With increased tourism in Costa Rica, coatis have adjusted to human presence and, like bears or raccoons; have grown accustomed to being fed by people. This can ultimately lead to aggressive behaviour as they beg for food and have been known to attack campsites in search of food. Coatis spend most of their time on the ground, but they climb trees with the dexterity of a squirrel. When on trees, their long tails seem to function similar to that of a squirrel, mostly used to balance the body. They also live on some of Costa Rica’s rocky canyons. Visiting yogis can sometimes spot them scampering around Anamaya’s property or running swiftly through trees since they thrive in areas where fruit is available in abundance.

More Info on the Coati

Coati Costa Rica – The Pizote on Costaricajourneys.com
Coatis in Montezuma – Montezumabeach.com article on the coati/pizote
Coati – Has his own facebook page!

Want to receive our emails for special promotions, discounts and first time access? 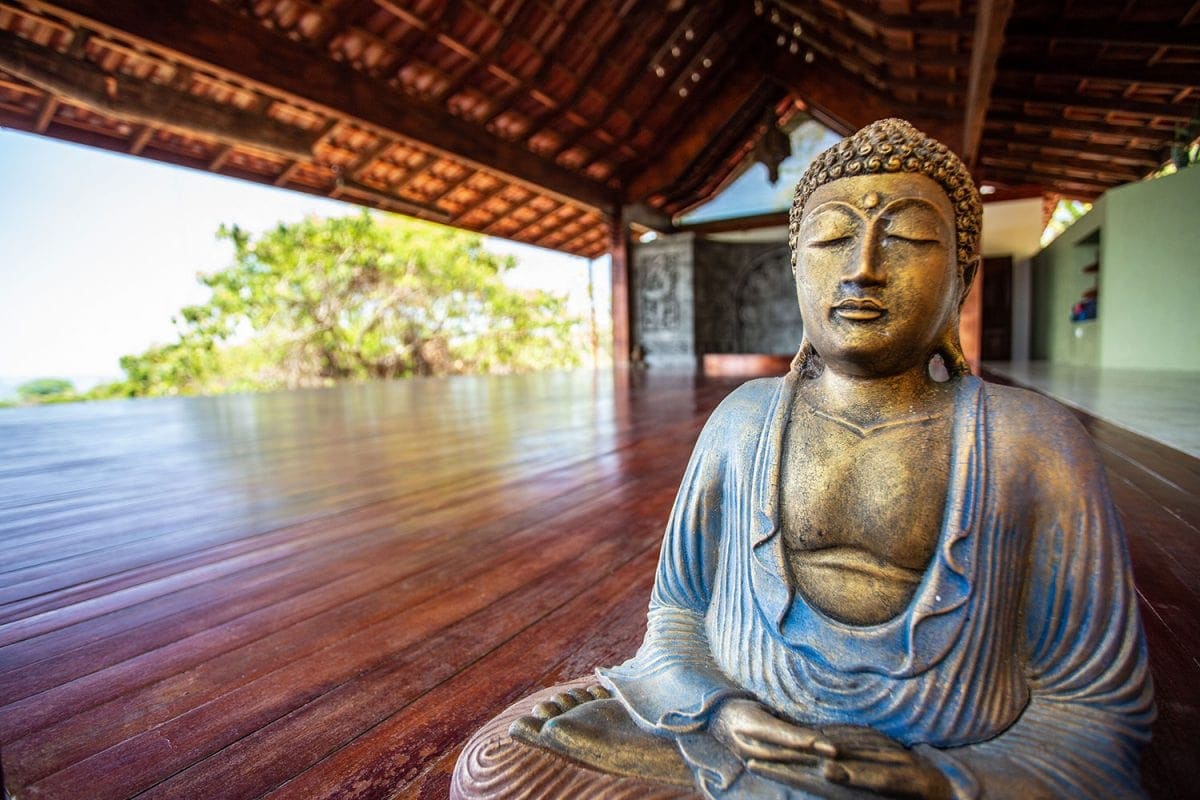 Want to receive our emails for special promotions, discounts, and first-time access?

Want to receive our emails for special promotions, discounts, and first-time access?