Are you ready for a life-changing experience that will allow you to find that much deserved “me-time”? Then allow us to provide that space for you… and so much more!

Our weekly retreats run all year long, so when you book your stay with us the FIRST STEP is to choose the week that works best with your schedule. Every week we have different guest yoga teachers from around the world that come to teach at Anamaya bringing their unique talents and energy. Our retreats run from Saturday to Saturday.

The price of your retreat starts with your BASE RATE (which includes your accommodations and meals). Excursions, workshops, and other add-ons you choose to customize your week will be added to your final bill at Anamaya.

Simply fill out the inquiry form to get more information on available accommodations,  pricing, and options specific to your needs. 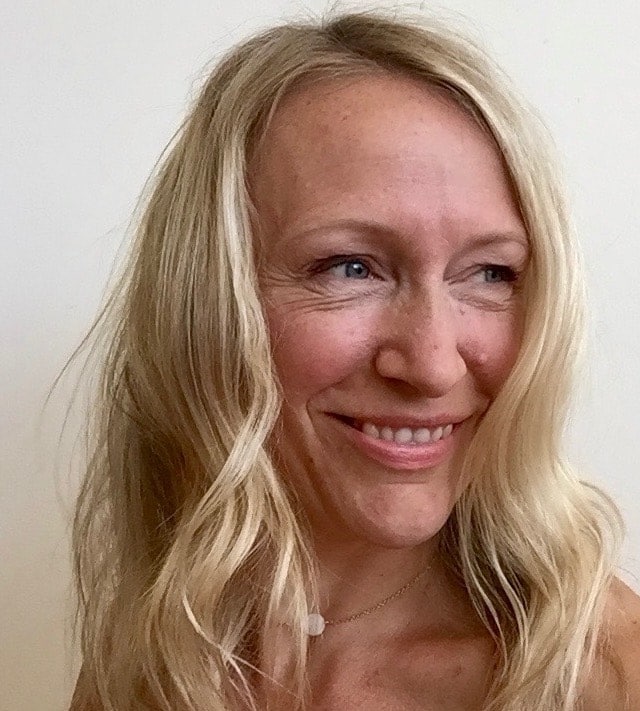 Andrea is known for a purposeful way of teaching that is soulful, creative, and intelligent. She began her yoga journey over 20 years ago while performing and creating as a theatre artist.

Her studies began in Ashtanga, expanded to a balance of restorative and yin, synched up with the creativity of Shiva Rea’s Prana Vinyasa Flow, and are presently being refined by continued training with Tiffany Cruickshank’s Yoga Medicine as she deepens her understanding of the wisdom of the ancient traditions combined with modern body intelligence. She is currently working towards her 500-hour certification in Yoga Medicine.

Andrea’s personal practice has evolved and yet simplified over the past few years of her life as she has become a mother to two young children who at times are now her greatest teachers.
A long and varied performing career has taken her across the globe. She began as a dancer, studied opera, and then kicked up her heels with some of the most beloved musicals ever written. Music is an integral part of many of her classes but she deeply knows the nourishment and healing that comes with a silent practice too.

Her classes are influenced by the rhythms of our individual lives, the seasons, and nature. She has studied Ayurveda and is now beginning to deeply appreciate the wisdom of Traditional Chinese Medicine as well.

Her trust in her own intuition as a guide has allowed for a teaching style that blurs the boundaries of technique and play. Her students are as varied as performers, astrophysicists, At-Risk youth, mamas to be, and mothers, and with a very special place in her heart, beginners of all backgrounds.

The simplest definition of yoga is union. To join, unite. There are so many styles out there now but ultimately what matters most is that yoga is there for us all and it brings us together. Andrea is so grateful to have connected with so many through her love of yoga.

A wanderer at heart, Andrea has made her home in the UK, Seattle WA, out of her suitcase, and now lives where she was born with her husband, two children, and a golden retriever named Seamus in Kitchener, Ontario Canada.

THE ART OF PAYING ATTENTION

“We are constantly attuned to everything without fully concentrating on anything.”

Most of us live in an always-on, hyperconnected world. I have a question for you: how did you play as a child? You probably built things, read things, and when you did those things nobody was telling you what to do. You did these things for your own joy and pleasure. As you played you developed a capacity for attention and curiosity. You were in the moment and the moment was unfolding in a natural way. This is one of many definitions of meditation.

Join me as we find a route back to this simple appreciation of the moment. We will explore some neuroanatomy and discuss various ways to cultivate attention before diving into some playful experimentation ourselves with the natural beauty and bounty of Anamaya as our guide and partner.

This 2 hour workshop will involve some seated meditations, movement meditations as well as a food meditation..

Prepare to come home to yourself and prepare to find a new or even remembered awareness through your senses that will help you to keep the experience of being at Anamaya with you for the rest of your life. Price is $35.

We are all fuelled by a life force energy. Yogis call it prana. Asian healers call it chi. Join me for a 2 hour exploration of this profound map as we explore the 7 major energy centres of the body running from the base of the spine to the crown of the head. We all notice this vital charge flowing through us when we are excited or scared-we may also notice its absence when we are depressed or exhausted. By aligning and activating key areas in your chakras you can give your body, mind and spirit a revitalizing overhaul.

We’re a smaller sized boutique resort so our retreats book up fast! Save your spot by filling out a reservation request form today. Click the link below. Pura Vida!